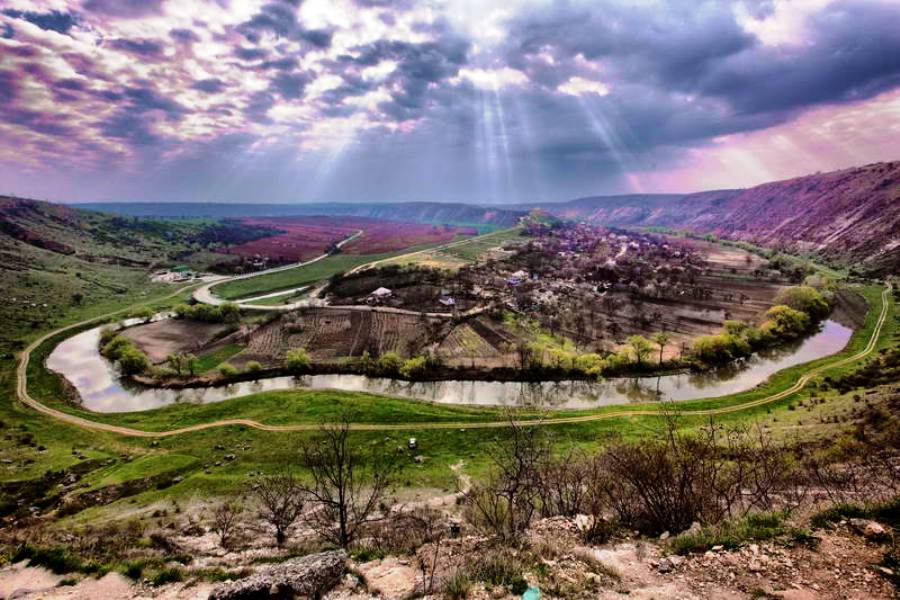 The Moldavians are the native inhabitants of the Republic of Moldova and historical Moldova, the territory on the East of modern Romania (8 counties) and some areas situated in Ukraine (Northern Bukovina, South Bessarabia), that belonged to the Moldavian State in the past. The above-mentioned state existed for 500 years, occupying an area of about 100,000 square kilometers, after that it was governed in a variety of forms - from compact residence of the Moldavians in the Russian province to the state entities with varying degrees of independence (MDR, MASSR, MSSR). Finally, it transformed to the modern sovereign state of the Republic of Moldova. Nowadays, 36% of the historical territory of Moldova is the part of the Republic of Moldova, 46% is part of Romania and 18% of Ukraine.

The Moldavian Diasporas exist in many countries, where 1.5 million of the Moldavians live on temporary or permanent basis. According to the official data, there are large Moldavian communities in Russia (172,330 people), in Italy (68 591 people), in Portugal (21,147 people), in Kazakhstan (19,458 people). The Moldavians live in such countries as Belarus, Spain, Kyrgyzstan, Lithuania, Latvia, Estonia, Tajikistan, Sweden, Denmark, Austria, Belgium, Bulgaria, China, France, Greece, Germany, Israel, Poland, the UK, the U.S., Turkey, Hungary, Uzbekistan, Cyprus, etc.

The Moldavians in the Republic of Moldova

According to the data of the National Bureau of Statistics of the Republic of Moldova, based on the 2004 census, in ethnic structure of the population of the Republic of Moldova the Moldavians conclude the majority of the population - 75.8% of the total number, representing an increase of 5.9% compared with the census in 1989. Along with the Moldavians, the population of Moldova is represented by the Ukrainians - 8.4%, the Russians - 5.9%, the Gagauzes - 4.4%, the Romanians - 2.2%, the Bulgarians - 1.9% and other nationalities - 1.0%. 0.4% of the residents of country didn’t specify their nationality. 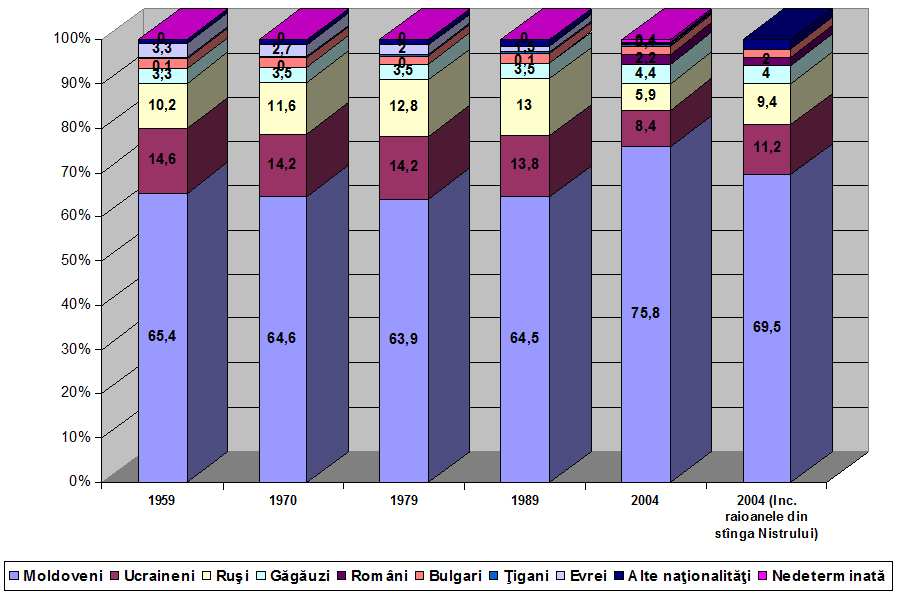 The national structure of the population reflects the changes that have been in evidence in our society during the last 15 years. Among those changes we should specially mention the intensification of the population emigration process. During the census in 2004 year 78.8% of the country's population specified the language of their nationality as their mother tongue (first language they learned in early childhood), and 20.8% defined other language that is different from their national language.