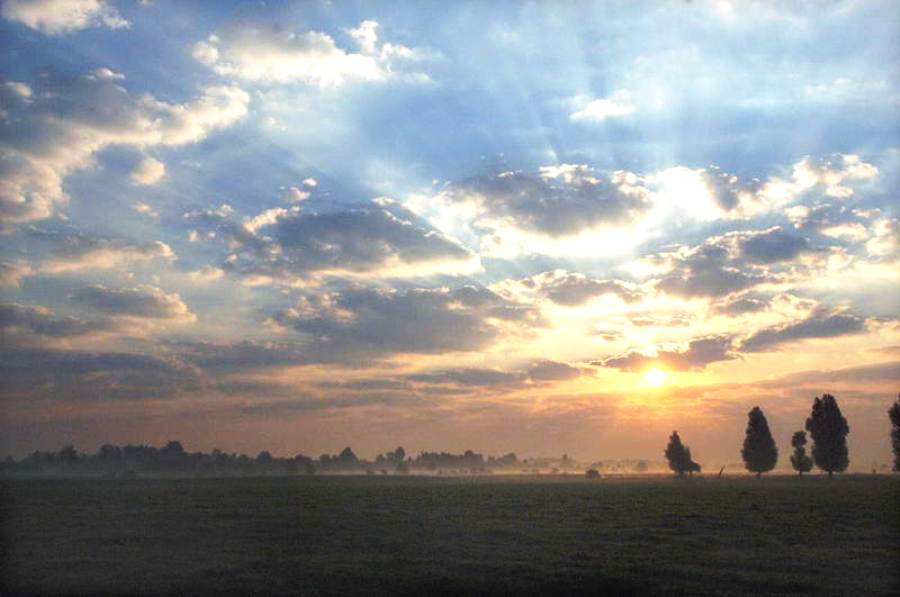 The Moldavian nation is an ancient civilization derived from the indigenous people in the Dniester-Carpathian-Pontic region. Thousands of years ago, the Moldavian ancestors were referred throughout the history chronicles under various names as: (Thracians, Getae, Dacians, Vlachs, Valachs, Wallachs).

Foreign Greek, German, Slavic, Hungarian and many other chroniclers mention the Moldavians, and state that even in the hard times of occupation or invasion, they survived. They managed to create ethnically homogeneous communities with a social-political structure and cultural basis which allowed to assimilate the migrating nations that settled on their territory.

Even in times of great peril when Moldavians were forced to retreat to the mountaintops and forests, because of the danger generated by the invasion forces, the nation managed to preserve its language, its tradition and rites. Moldavians preserved their ethnic features and customs, even though periodically they were bound to live within ''states'' created by alien nations on their lands.

As compared to other ethnic groups, ethnologists and historians don't require in-depth analysis to prove the continuity of the Moldavians in the Dniester-Carpathian-Pontic region, this fact is easily confirmed by multiple anthropological, archaeological and linguistic evidence.

The Moldavian expression is based on the Indo-European culture, linguistic and ethnic traditions of the Dniester-Carpathian-Pontic region. Within the period of its existence, it has gone through several major stages in its ethnic and cultural development:

1. The Proto-Indo-European or the Cucuteni-Trypillian civilization;

3.The époque of the Getae-Dacian civilization;

4.The époque of Vlachs, Valachs, and Wallachs;

Genetic arguments for population succession in the Carpathian-Danube-Black Sea region.

The succession of the population and its timeline, in areas between the Carpathians, the Danube and the Black Sea can be proved by DNA profiling.

Respectively the studies of the Y-chromosome enabled us to find out from how many ''Adams'' the human race descended.

According to humanity genetic research programs, ''Haplogroup I'' (descendants of Adam I) is the oldest Haplogroup in Europe, and it's the only large group that was formed on this continent. Some researchers believe that the birthplace of ''Haplogroup I'' could be the Gravvetian Culture (Upper Paleolithic), an ''oasis'' where people survived the offensive of a giant old glacier that crystalized 25 000 years ago, on the Balkan Peninsula. As time passed and as the glacier subsided''Haplogroup I'' spread from the Balkans to northern Europe.

''Haplogroup J'' appeared in Europe 10 000 years ago, presumably from Anatolia. The cradle of this haplogroup, as supposed by some researchers, was the Black sea region, which was abandoned due to the meltdown of the glacier and the rise of the water level.

''Haplogroup R1a'' originates probably from the steppes of the northern Black sea and group ''R1b''-from the southern areas of Europe and the Aegean Sea basin. 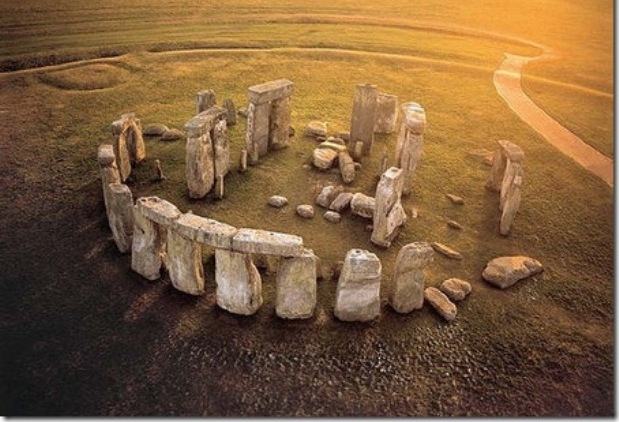 ''Adam E3b'' originated from northern Africa and found himself in Europe in the era of the Neolithic Revolution. Other representatives of this Haplogroup came to Europe in a later period.

''Haplogroup N'' emerged from Siberia, Mongolia and China and spread over to Russia, Finland and Estonia.

All the available data indicates that the Homo sapiens sapiens (Cro-Magnon man) fully belonged to ''Haplogroup I''. From the moment of apparition of the contemporary looking man (Cro-Magnos), and till the massive expansion of the Indo-Europeans, about 5 000 years ago this group comprised the majority of the population on the European continent. Some achievements of note from this group would be the construction of megalithic structures (5 000 – 1 200 B.C) in Occidental Europe, as well as the creation of the first European civilization, the Cucuteni-Trypillian culture.

Presently the densest concentration of ''Hapolgroup I'' carriers has been registered in Sweden, Denmark and in the Balkans. In other parts of Europe the number of ''Haplogroup I'' representatives constitutes 10 % to 45 % of the population.

''Haplogroup I'' has two major branches: haplogroup I1 and haplogroup I2. They were separated about 20 000 years ago – they were split by people from the "Celtic" haplogroup R1b and "Arian" R1a. The affinity between the "Balkan" haplogroup I2 and the "Scandinavian" I1 will be preserved even after a breakup.

As a result of the merge between the population of central, northern Europe and Indo-Europeans, a Proto-Germanic ethnos appeared and the inhabitants of this European area became speakers of a language with Indo-European origins.

''Haplogroup I1'' is typical of the population of Scandinavia, Iceland and the north-west of Europe. It has moderate distribution over the territory of Eastern Europe. The bulk of the modern ''Haplogroup I1'' representatives are native speakers of Germanic languages of the Indo-European family.

''Haplogroup I2'' – the "Balkan" haplogroup of Y chromosome – arose from south-eastern areas of Europe. It is divided into two sub-groups: I2a (most widely spread on the Balkan Peninsula and in Sardinia) and I2b (the north-west of Europe). Representatives of haplogroup I2 were adepts of the Balkan Neolithic culture, including the Cucuteni-Trypillian culture. The haplogroup was widely disseminated in Central Europe in the Bronze Age (the Urnfield Culture), its later bearers were Illyrians and Thracians.

With time, I2 split into four major sub-groups: I2a1, I2a2, I2b1 and I2b2. The carriers of ''Haplogroup I2'' genes, can be found among southern Slavs, Romanians, Moldavians, Hungarians, Greeks, Bulgarians, Byelorussians, Russians from the country's south-western areas and the inhabitants of north-eastern Italy, western Anatolia and the northern Caucasus.

''Haplogroup I2a2'' is typical of the population of south-eastern Europe, its densest concentration has been registered in the two centers:

The second center of ''Haplogroup I2a2'' (the north-east of Romania, the Republic of Moldova and Ukraine) correlates to the borders of the Cucuteni-Trypillian culture. Group I2a2 was characteristic of this culture, and with the arrival of Indo-Europeans it flowed into their gene pool without undergoing such suppression as other branches of haplogroup I experienced in Central and Western Europe.

Thus, the Thracians and Illyrians, the inhabitants of South-Eastern Europe and I2a2 representatives, were formed as a result of Indo-Europeans assimilating with the indigenous people of this region. Later on, the ''Haplogroup I2'' representatives continued dominating South-Eastern Europe. They assimilated the migrant population, and new languages appeared. As a result, new nations were formed on the basis of a Thracian-Illyrian substrate. For example, people living in Bosnia and Croatia speak Slavic languages, though the concentration of "Slavic" R1a haplogroup is significantly lower than that of I2, what allows us to consider them being direct descendants of Illyrians and Thracians.

The prevalence of the I2a2 group will remain in the genotype of people to the north-east of Romania, in Moldova and Ukraine. And the characteristics of the I2a2 group will always maintain their presence in this region trough famous archeological sites of the: Cucuteni-Tripoli, Thracian, Geto-Dacian civilizations and cultures.

The genetic research has shown that in Europe the degree of genetic proximity of different people is mostly determined by the geographical location, rather than by the language. For example, the Moldavians, the Serbians, the Croatians and the Bosnians are related to each other, even though they speak languages of different families. The studies have also shown that the present population of the Carpathian-Danube-Black Sea region is genetically almost unrelated to the inhabitants of the Apennine Peninsula (the Italians).

The first mention that appeared in literary sources about an ethnic group living to the East of the Carpathians called ''the Moldavians'' appeared in the XIII century. This ethnic group braches in the Carpathian-Dniester-Pontic region's ancient history, it has experienced the military, political and cultural upheavals of the 1st millennium AD, and in the XIV century other peoples began to call them "The Moldovians". Today, same as in centuries XIV-XV, the population of Moldova consists mainly of Moldovians (80%), alongside whom live Ukrainians, Russians, Jews and Armenians. At the beginning of the XIX century Gagauz and the Bulgarian people settled down mainly in Bessarabia (= Budjac) in the South, thus joining the other local minorities. In those days as well as today, the toponyms of Slavic origin can be mostly found in the North of the republic, whilst Gagauz and Bulgarian geographical names dominate the South. Moldavian names dominate the rest of the territory of Moldova, the area of Codri and Central Moldavian Upland, and also the left bank of the Dniester.

Today, same as in the past, from the Carpathians to the Dniester throughout the Moldavian historical, geographical, ethnic and linguistic areal the majoritarian population is called ''Moldavians'', the name of the country – Moldova - was derived from it, and people call their native language Moldavian as well. 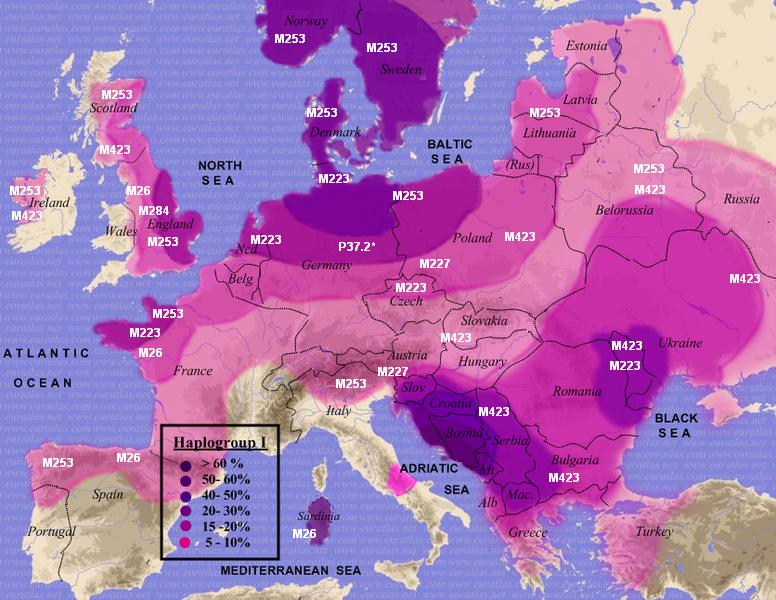