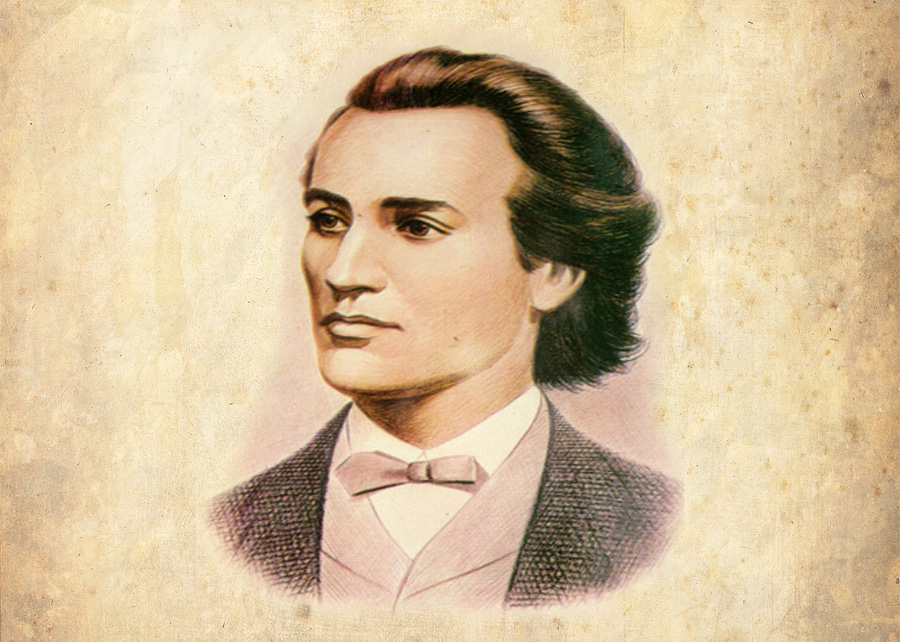 Since the genesis of the Moldavian nation (the middle of the XIV century) and till 1862, Moldova developed itself in specific geo-political and cultural conditions. This determined and rooted the meaning of the state in history and affirmed the national spirit of Moldavians.

As result of the symbiosis between the Byzantine-Slavic motifs and their spiritual valor's and the national folklore that was inspired from the Thracian ballads, legends, heroic songs, iconography, wall painting, church architecture, etc. The ancient Moldavian culture became the reflection of the lifestyle of people that lived between the Carpathians and Dnestr river - all of that predetermined and fixed the national consciousness the community that named itself and was named by other people: Moldavians.

After half of millennia the Moldavian state, already fought for five centuries in order to protect its boundaries, for five hundred years (1359-1862) the Moldavian community continued to work for the sake of its own prosperity and a final approval of the national ideals and state consciousness, that promoted some peculiar features of the Moldavian cultural heritage, expressed in various concepts, written contents and art representations.

In this regard, we will remind you, what exactly was written in Moldova, instead of any other part of Southeast Europe - in the XV century! - the first, as a matter of fact, historical works - the Moldavian-Slavic chronicles, which put a basis for the Moldavian historiography.

Those 12 histories of Moldova (including the Rezboyensky inscription, 1496), from the Anonymous chronicle of Moldova (named as "Bistritsky") 1359-1507, to the Moldavian-Slavic chronicle Azaria (1551-1574), from which three of them are intended for the European historiographical circles: The Moldavian-Russian chronicle (1359-1504), the Moldavian-German chronicle (1457-1499), the Moldavian-Polish chronicle (1352-1564) – represent a unique phenomenon, and possess a special value for the Moldavian cultural tradition." Beginning from Teoktist (the Moldavian metropolitan in the middle of the XV-th century) the continuous number of scribes that appeared, wrote in the Slavic language, when incessant fights for power in Walachia erupted, they muffled the aspirations of the related people to create to art". (N. Jörg, 1925). The Moldavian researchers ascertained: "The fact is that at the same period of time there wasn't any chronicle in the original sense of the word in Munteny ". The first works devoted to the history of Moldova, belong up to the period of time when Stefan the Great ruled, the king that "caused by his war feats the beginning of the Moldavian historical literature in Slavic language". 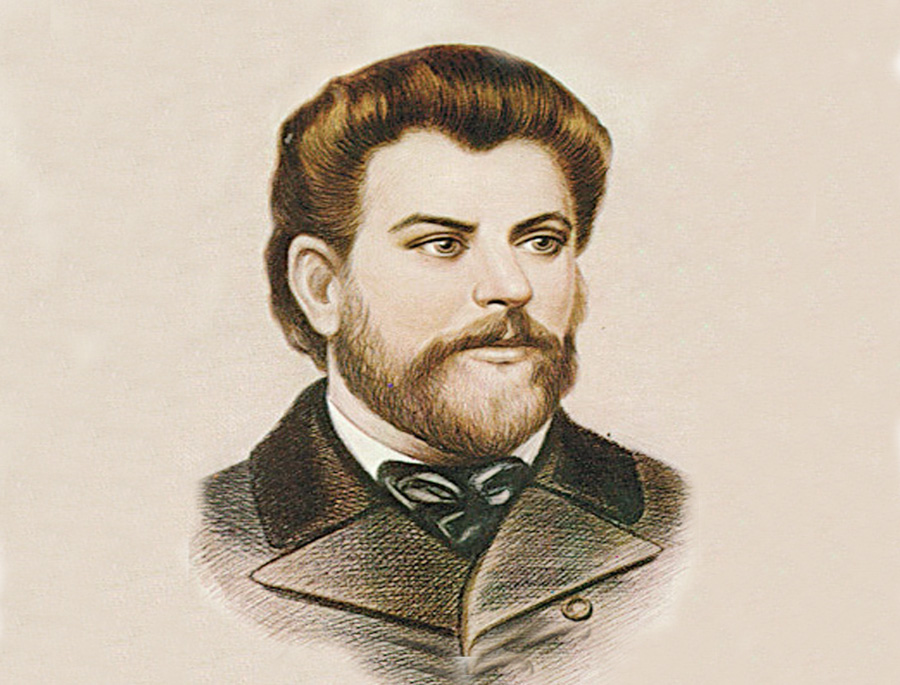 In the XVII century, the Moldavian writing culture becomes national in an expressionist form: by refusing to use the Slavic writing way and strongly affirming the Moldavian language. By means of the high hierarch of the metropolitan of Kiev and great Moldavian scribe Peter Movile, the Slavic- Greek-Latin academy is established in Moldova, the first average and a higher educational institution of Moldova. The first Moldavian printing house is established, where the well-known Moldavian educators, metropolitans of Moldova Varlaam and Dosoftya, whose spiritual contribution remains unsurpassed, printed their works in the Moldavian language.

Some of the most invaluable cultural, historical and scientific Moldavian treasures are: the stories (chronicles) of Gr. To Urek, M. Kostin, N. Kostin, I.Nekulche in the Moldavian language, the main work D. Kantemira "the Description of Moldova" (in Latin), the historical and ethnological monograph "About the Moldavian people" M. Kostin, other creations made by educated logofet, approved a name of Moldova and Moldavians in the European ensemble of cultural and historical and scientific achievements. Unfortunately, there is nothing to brag for Walachia at this exhibition of cultural achievements, except Konstantin Stolnikul.

The incorporation of the Moldavian territory between the Prut and Dnestr rivers in 1812 to Russia,

imposed new social conditions, and marked the economic and political development of the Moldavian spirituality. After becoming the border of the region in 1812 the Prut river didn't stop the movement in both directions completely, thus not dividing the community spirit of Moldavians, it didn't prevent the exchange of ideas and values, continuing the cultural Moldavian tradition by enriching the process of nationalization and improving the common form of expressions. But "Century-old historical development, and because the community of cultural traditions formed during very long time and, at last, developed a language, as natural in these conditions", Moldavians from both sides of the river Prut couldn't continue going in the same direction anymore.

By the beginning of the XIX century Moldova had its cultural tradition based on the "ancient culture which was developed more in Moldova, than in Walachia". If Walachia is characterized by revolutionary fight against an old regime till 1880, the Moldavian culture, which will be adopted by Romania, develops at the same time. In this context it is necessary to mention the statements of some of the most outstanding cultural figures of the XIX-th, and the beginning XX-th century, according to which, Moldova as the keeper of tradition, "predominated in the course of creation of modern Romanian culture", "... Moldova possessed a merit to preside, during 40 years, since 1840 to 1880, in culture assimilation in all its forms". "The Romanian culture is as we have it today, thanks to Moldova". (Garabet Ibreilyana, 1909)

The same way as A. Russo or V. Aleksandri, M. Eminesku "understood the cultural role of Moldova, the role of the teacher for all Romanian people". M. Eminesku even pointed this out (in article "Repertoire of the Romanian theater"): "Moldova plays an important role in the development of Romanian culture. Here, in big remoteness from intellectual charlatanism, complacency and corruption of the political center (Bucharest), there was a salutary reaction directed against the ignorance of the academicians spirited by lies". 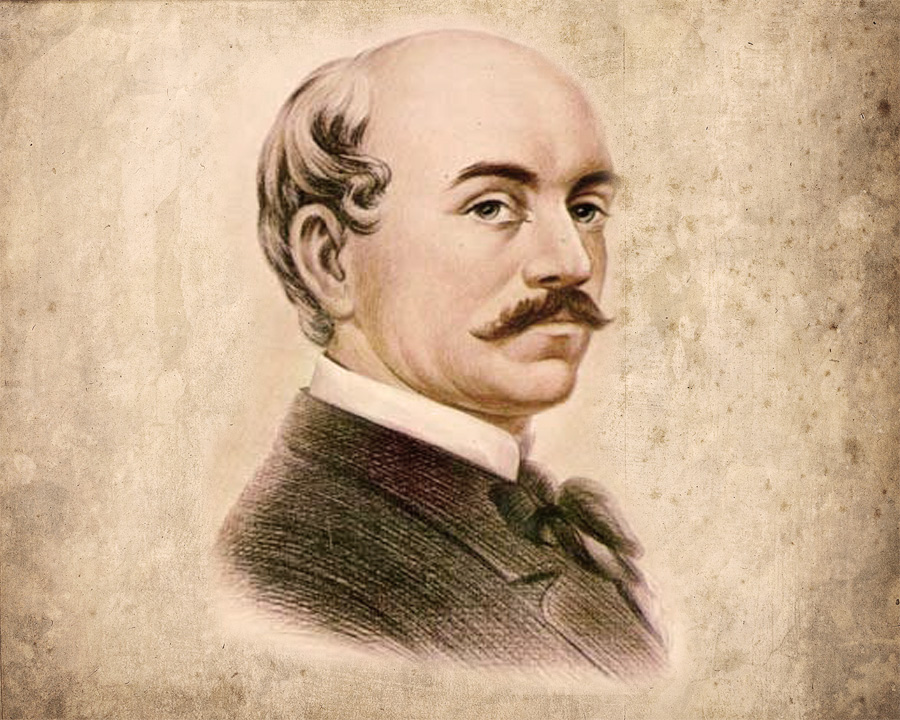 At the end of the XIX-th – the beginning of the XX-th century, the main directions in literature and culture in Romania practically always had a starting point in Moldova or from the Moldavians. So, the political and social history, language and literature history was generally developed by the Moldavians, we may name among them: M. Kogalnichan, B. P. Hashdeu, A.D. Ksenopol, A.Onchul, N. Jörg, R. Rosetti, A.Filippida, N. Densusyan, etc. Moldova gave to Romania all of the most outstanding historians, writers, musicians and artists. The first collectors of national poetry and the first theorists of populism (in the 1840th year), also, appeared in Moldova, where the most outstanding specialists in folklore – S.F. Marian and Tudor Pamfil worked.

It is necessary to note, that "the royal line of the Romanian poetry originates from Aleksandri, further through Eminesku, Bakoviya, Labish. All of these great poets are Moldavians; it's a royal line because neither inhabitants of Transylvania, nor Munteniya had such powerful traditions". (Chezar Ivanesku, 2001). The most outstanding representatives came from the Moldavian culture, since the medieval era to the beginning of the XX-th century, through their contribution they accurately realized and pursued a clear aim: to protect the language and literature from denationalization.

However, in any case, the Romanian culture of the XX century grew up and was structured on the base constructed by the outstanding Moldavians – the cultural figures of the last periods, on the basis of the Moldavian spirituality, with active participation of the Moldavians named as Romanians. It's obvious if biographies of the largest figures of the Romanian culture of the XX-th century will be analyzed. It will become clear that many of them came from Moldova or from Moldavian families, having created and improved on, the Moldavian spiritual environment. It would be enough only to mention here Mikhail Sadovyan, Nikolay Jörg, Mirchu Iliade, Chezar Petresku ...