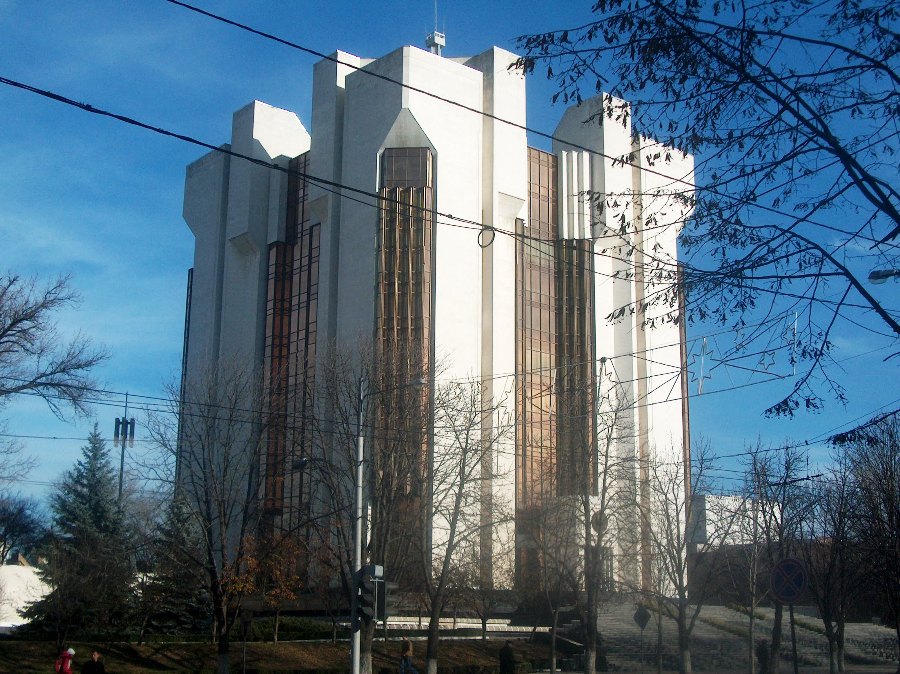 Architecture is a form of human activity, aimed to create various buildings with the help of scientific knowledge, some techniques and artistic skills. The term "architecture" refers to the art and science of building (from the Greek for "arch" (the highest level of something), and "tecture" (from the word "tekton" that means builder)). So, the word "architecture" is "something more than building". This fact is the main difference between the creation of architecture (which is "something more than building") and the ordinary constructions.

The architecture is different from the common building technology by the fact that, along with utilitarian objectives it satisfies the ideological, social and aesthetic needs of the society of a particular historical period. One of the distinctive characters of architecture is the artistic interpretation of the architectural design, the mix of constructive solutions and artistic expression that is known as tectonics.

The architecture is based on three components: utility, durability and beauty, each of them depends on many factors. The most important factors are geography, social structure and technological progress. The combination of these factors determines the specific architecture of the nation at different history stages and influences the architecture variability in time.

The architectural heritage generally includes highly artistic works, as well as the less important constructions and buildings (examples of massive housing development). Architecture is a twofold phenomenon, as it includes material production and spiritual content, which affects the emotional state of the person. In the sphere of material production architecture depends on the universal laws of the physical world, while as an art form, it is influenced by the personality of the creator that helps to create unique works, which have their individual and original features.

The architecture of Moldova is unique because of two factors. The first factor is geographical conditions that are typical for countries with the temperate climate (with warm summers and cold winters). The second factor is specific local building materials, which are mostly made of shell limestone, wood and clay. Master masons and architects were able to synthesize the artistic influences of the different periods of time, while retaining the original local architecture. 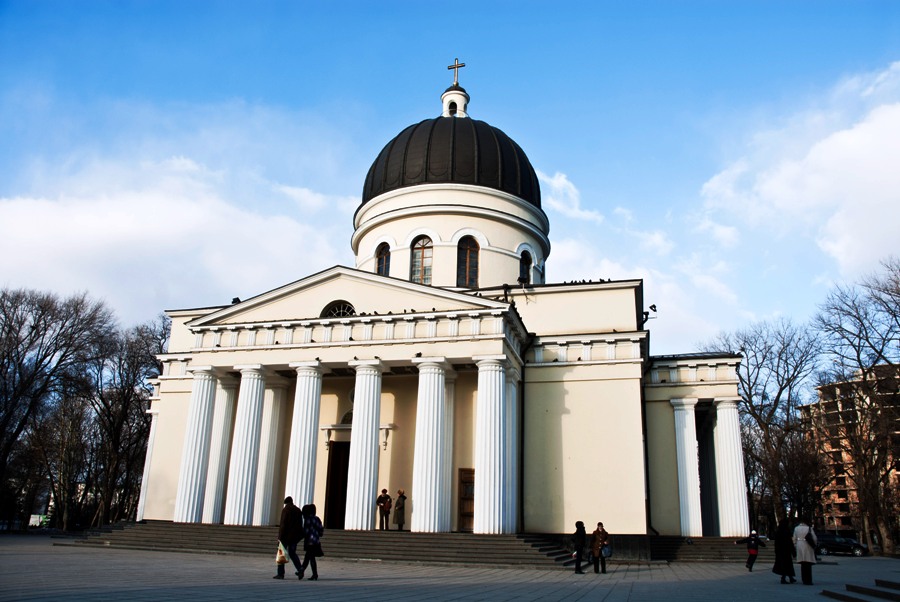 The Moldavian architecture, as part of the European cultural heritage, can be characterized by the same types of buildings and structures, which are found in this region and in every historical epoch.

The beginnings of architectural and construction activity in the territory of Moldova are known since prehistoric times, from the Stone Age (Lower Paleolithic) when the humans lived in grottoes and caves, that allowed them to survive during bad weather conditions; they also provided protection from wild animals. The most famous Moldavian inhabited cave is located near the Duruitoarya village of the Vek Riscanskiy district, where the age of the lower cultural soil layer is more than 500 thousand years.

The evidence of human presence in the territory of Moldova after the global warming appears to be the encampments of the humans at the banks of rivers, in the valleys, where, along with the stone tools, amulets (in the form of discs, female figures, etc.) were found, indicating that the ancient people had their spiritual needs.

The apex of the prehistoric civilization on the territory of Moldova is the civilization of Cucuteni-Tripoli. The settlements were located on the banks of rivers, next to the sources of drinking water; the houses were placed in circles around the center, where the main building was situated. The houses were wood-framed, large, with rooms arranged on two levels and heated with the help of the hearths. Based on the found ceramic models, the first floor was used for storage of supplies; there were altars and the living quarters on the second floor. Ceramic vessels of various shapes and sizes (cooking vessels, table plates and ritual vases) can be actually considered as the works of art. All the vessels had the external texture and colorful paintings. Traveling waves, zigzags, meanders, "clef", schematic images of a bull, other domestic animals and humans were presented on those vessels.

Architecture of ancient times on the territory of modern Moldova is presented by the Getae's sites of the ancient towns with the settlements that were located on the rocky headlands; the vulnerable sides were protected with log-and-dirt fortifications. The Getain and Dacian houses were single-and multi-chamber buildings, made of stone or wood-frame. The Dacian single chamber house resembled the Mediterranean ones with semi-open area in front of the entrance. Some buildings had covered porch in front. In the mountainous regions there were houses of "tower type", with stone ground floor and wood-frame second floor, covered with hipped roof. The holy places of the Getaes and Dacians were notable for a unique architecture. Among those holy places there were multi-column temples, stone calendars and altar areas. 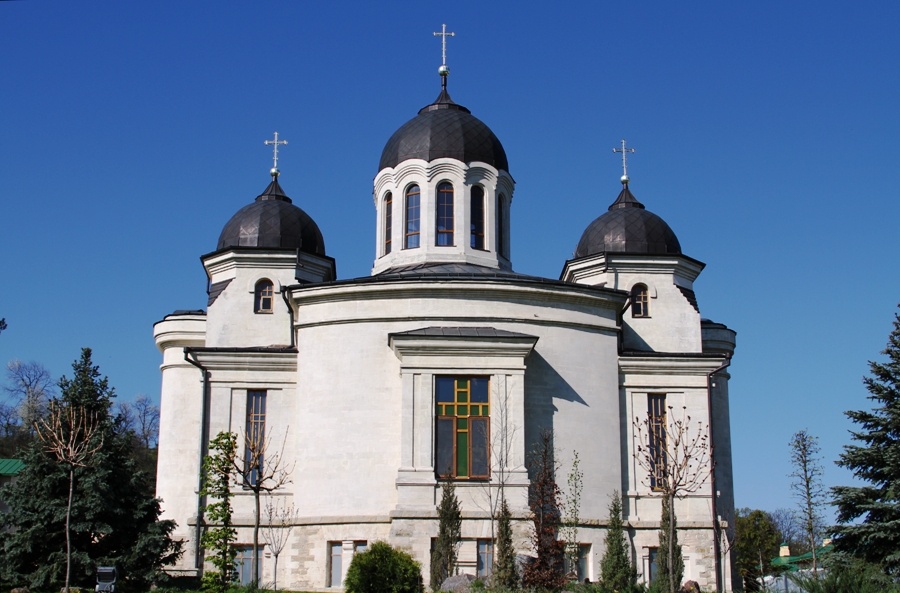 In the Middle Ages Christian religious monumental buildings became more popular, at the same time the feudal fortified houses, stone castles, commercial buildings, industrial and handicraft buildings sprang up, houses of the common people and of noble ones gained new architecture characteristics. The building of the Moldavian churches was influenced by the intersection of the Roman-Byzantine and Gothic cultures ("according to the Byzantine plan, with help of the Gothic hands", G. Balsh). In result the Moldavian architecture acquired distinctiveness, for which it was characterized as "the synthesis that had European significance" (G. Millet). The achievements of the Moldavian medieval architects, who developed the original designs, are the pride of national architecture. They take pride of place in the treasury of the world's artistic heritage. The churches with exterior painting became known far beyond Moldova. Seven of them are included into the list of world cultural heritage of UNESCO. Another achievement of the Moldavian architecture is "the Moldavian roof", original design of which is to reduce the diameter of the dome in order to create a harmonious, balanced ratio of its volume and the general body of the church building.

The domination of the Ottoman Porte almost had no impact on the architecture of Moldova, except for decoration of aristocratic houses and some public buildings.

After the signing of the peace treaty at Bucharest in 1812 the territory of Moldova to the east of the Prut became part of the Russian Empire. The architecture had to meet the requirements adopted in Imperial Russia, while the architecture of the territory to the west of the Prut focused on the European traditions, especially on the French ones. The buildings, which are typical of capitalist society (administrative, banking, industrial, commercial, healthcare, residential houses, primary, secondary and special schools, theaters, concert halls, restaurants, clubs, etc.) sprang up all over the Bessarabia.

The buildings were designed by architects and engineers, who got their education in St. Petersburg, Moscow, and Riga. Most of the samples of the Moldavians architecture were built at that time. The architecture of the Soviet Moldova has much to do with the architecture of other parts of the Soviet Union. The monumental buildings were built in the spirit of socialist realism; the treatises on architecture of the masters of the Italian Renaissance were used as a theoretical basis. European classical order forms were decorated with the stucco that came out of local medieval heritage, based on the use of handwork, which increased the cost of construction and slowed down the pace of the recovery of post-war cities. In this regard, in 1955, the Decree against Excesses of Architecture was declared, in result, the architecture has been simplified to simple building structures and adapted to the capabilities of the post-war construction equipment. For two decades, the construction was carried out according to the standard projects. Unique designs were developed just for important public buildings.

Nowadays, the buildings are built upon the individual projects based on the use of new building materials and technologies. The predominant types of buildings of modern times are bank buildings, business centers, shopping malls, town houses and luxury apartment buildings.